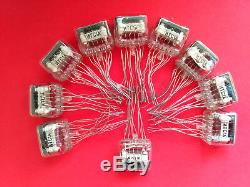 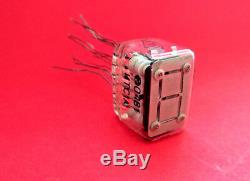 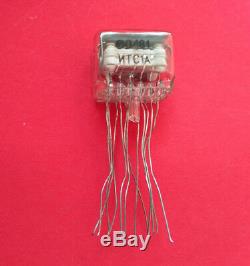 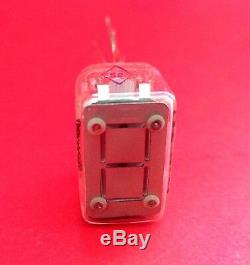 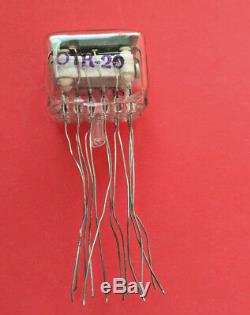 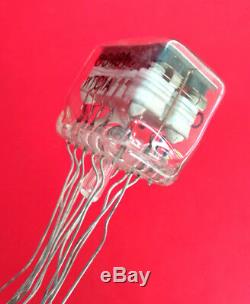 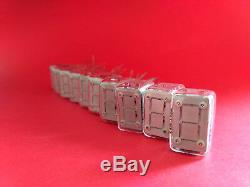 A thyratron is a type of gas-filled electron tube that is typically used for high current switching applications, but in this project thyratrons are used to form a display for a clock instead. This is made possible through the use of a rather special kind of thyratron tube, a Soviet ITS1A. As far as I know, this is the first time that anyone in the West has managed to build something utilizing this display device, and as will soon be seen, it is a very strange device indeed!

Melz ITS1A gas thyratron display, normal operation. However, even in a world clogged with myriad Nixies and other tube based displays, the ITS1A display tube is without peer. Manufactured by the Soviet Union at the height of the Cold War, the ITS1A is a neon display tube that is ripe with contradictions.

Unlike nearly every other neon display known to mankind, which require control signals in the hundreds of volts range to activate, the ITS1A can be hooked directly to a microcontroller and run with TTL level 5 volt signals. This is possible because the ITS1A contains seven tiny thyratrons, one for each segment, which preform the level shifting to control the 300 volt signals needed to ionize the gas inside the tube. Even stranger, the ITS1A is a neon tube that does not light with the orange glow of neon gas as nearly every other cold cathode display does, each of the tubes display segments is a phosphor-coated cup that is illuminated by electron spatter from the control thyratrons. In operation and when viewed from the side this tube actually lights in three colors; orange from the neon ionization, blue from the electron paths inside the thyratrons, and green from the phosphor coating in the digit segments. The anxious collector will quickly discover that this tube is harder to find than an honest Congressional candidate, it's a rare beast even in the current Russian Federation, and for a Western collector it might as well not even exist. I felt I had no choice but to build something using one of these most unusual display devices.

All segment signals are at 5 volts. The ITS1A is, unfortunately, a poorly documented tube with some rather extreme power supply requirements. An exhaustive search of the Internet for information turned up nothing but a crudely scanned Soviet-era datasheet, in Russian, in the Cyrillic character set, written at a time when saying any of the preceding out loud would get you thrown in a military prison camp as a possible Communist-collaborator.

In vain I tried scouring the Russian electronics forums with the help of Google Translate, but the only thing I learned was that, judging by the Mad-Libs-style quality of Google's Russian to English translation, a nontrivial portion of the Google Translate programmers are deathly afraid that it is still possible to be thrown in a military prison camp as a possible Communist-collaborator if your knowledge of the Russian language is anything greater than absolute zero. In the end I resorted to manually translating the critical parts of the datasheet as best I could and building a test circuit based on my, admittedly terrible, datasheet translation. I discovered that the ITS1A requires three different supply voltages to bias the various parts of the thyratrons; rated at -300v, 100v and 50v respectively.

Once these conditions were met however, the tube consistently and reliably triggered when the segment control lines were connected to a microcontroller. Given the rarity of the tube and the fact that I had no idea how long an ITS1A would function when under power, I opted to go with a single digit clock design. The time is displayed sequentially on the face of the tube, one digit at a time, which would allow a full clock to be constructed using a single tube. We use UkrPoshta (Ukranian Post) for all our International deliveries.

Sometimes it can take longer up to 8 weeks. We will make every effort to fix any problem.

We guarantee you complete satisfaction with all our high quality products. The item should come to the above address within 30 days after you received it. After 30 days we will no longer be responsible and the item won't be taken back.

Item for returning must have the original tags and packing, otherwise it won't be accepted. The item "ITS1-A ITS1A 1- Nixie tube thyratron display ussr clock SAME DATE NEW 6pcs" is in sale since Thursday, February 21, 2019.